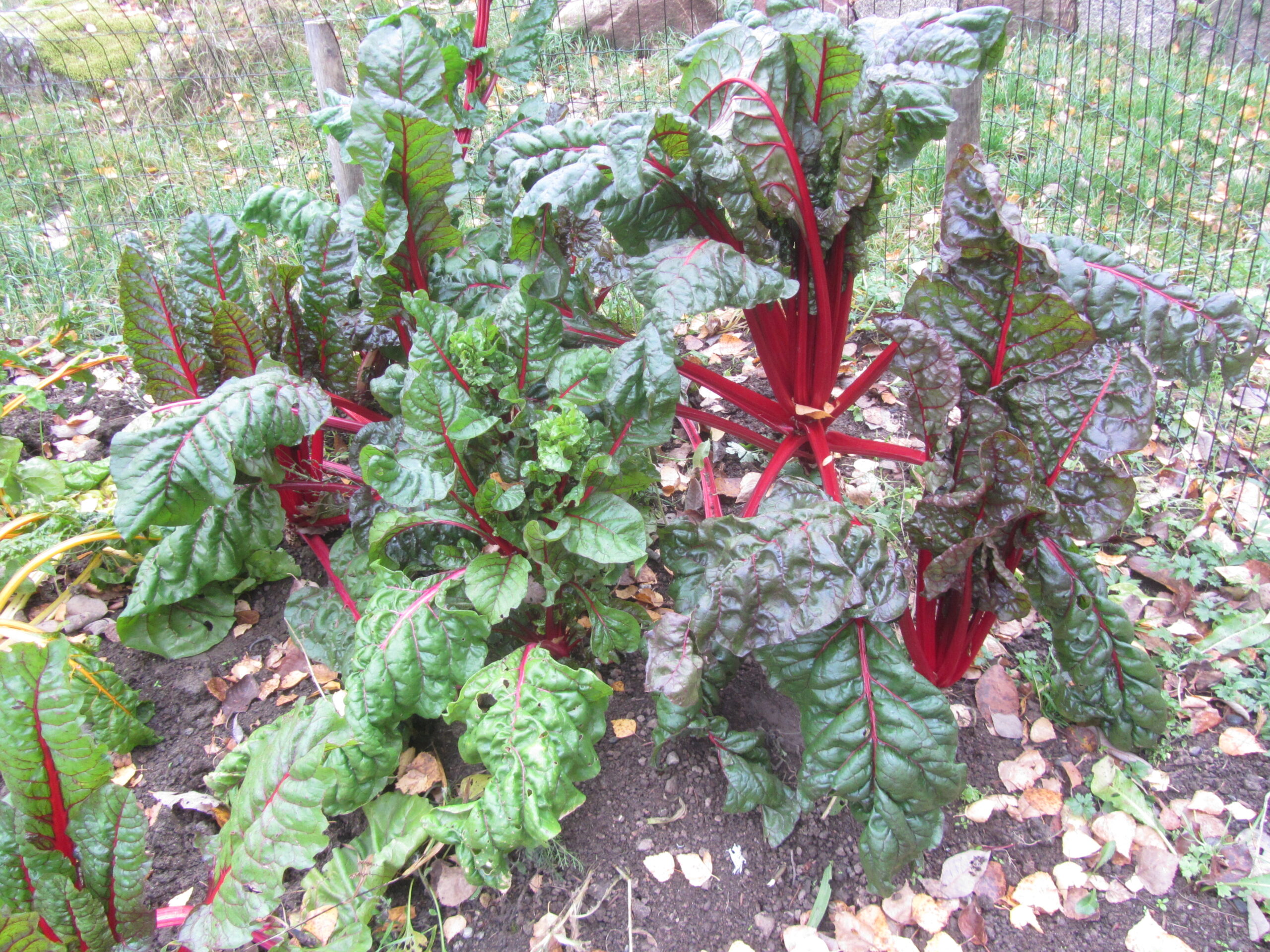 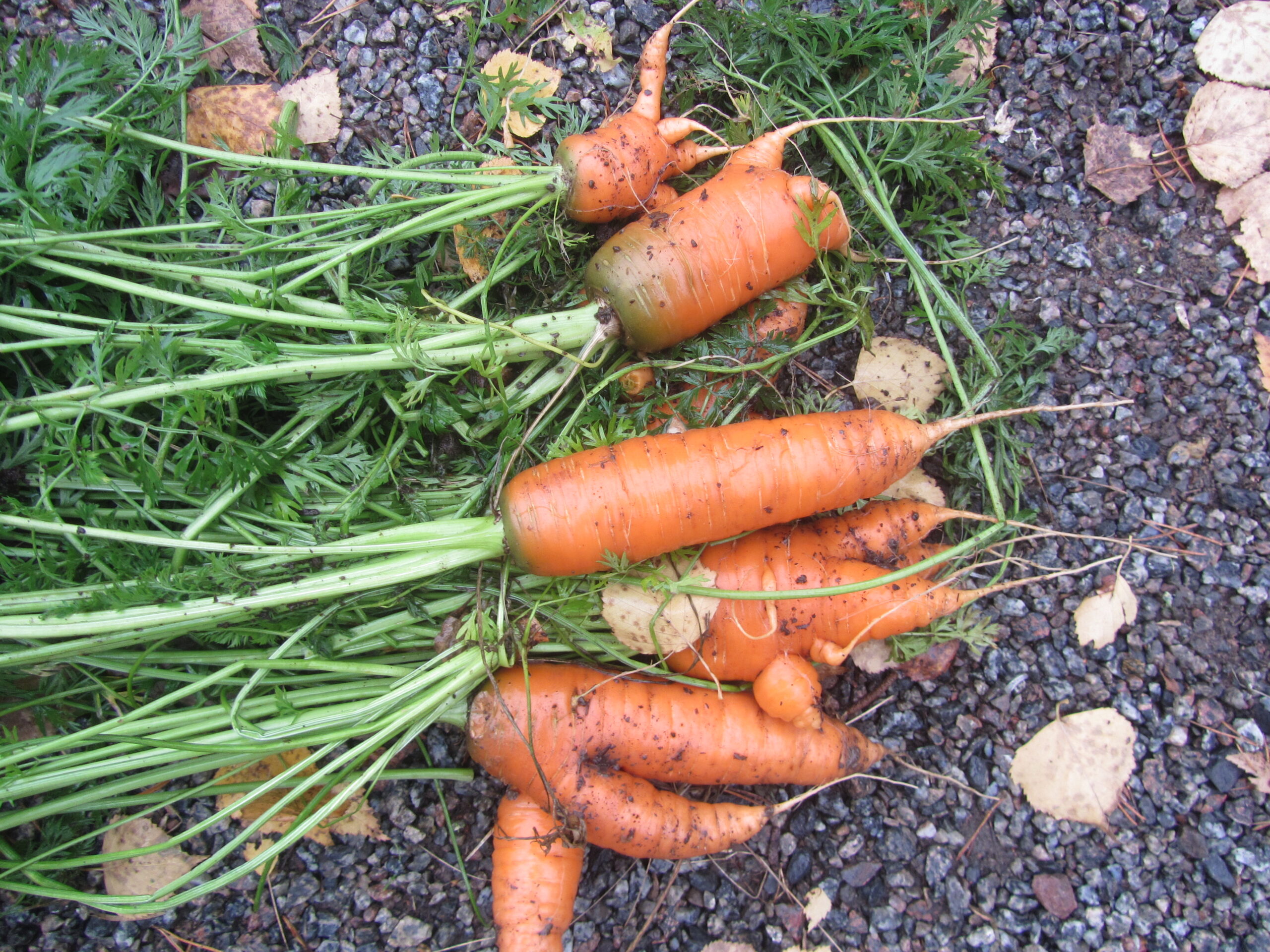 I  AM SWINGING  WITH THE SCYTHE to harvest green plant material for compost and next year's crops. New nutrients and soil are needed to maintain the cultivation beds. They are also easier to maintain if they consist of lighter soil than if you have to struggle with chopping in heavy clay soil.
The leaves from most trees have fallen to the ground. The lilac is one of the latest species to release the leaves and even the oaks are late, where brown leaves can remain all winter. First out is probably the Ash that releases its leaves so early, then comes Maple and Aspen. If you live in nature and observe, you discover the small nuances and leaves become not only leaves, but they become Aspen leaves, Ash leaves, Oak leaves… Oak leaves are difficult to degrade, so that even when they fall to the ground they remain very long, Aspen leaves become a slippery mess almost immediately and they are already in November like a slippery and half rotten carpet on my forest road. I will also rake together the former and put in the composting.
The raking of leaves is done by hand, and preferably on sunny dry days when it is nice to be outside. Then I can hear the Crossbills that are in the tops of the tall trees. They sing in November. It's a little strange, no other birds sing in November. But the Crossbills also nest very early, already in February-March there are eggs in their nests and it may be that already in November they form pairs and decide where to live. They are so specialized in cones that they live their entire existence in the tops of the trees. There they stay for even, build nests, transport themselves between the treetops and they sing from the treetops… The Crossbills are the birds of the treetops and cones.
When I rake the grass, I find a late autumn fungus. The Goblet grows there right next to my path and I leave it there and walk carefully past it with the rake.
Where I burned garden waste, in the ashes, I find Geopyxis carbonaria, a small bowl sponge that specializes on burned areas. Funny that it even found its way to my little area of ​​"forest fire"…

In the plantations I still take Chard. It is frost resistant and so far it has only been a few frosty nights. I use the leaves as a salad and prefer to put them on a crispy bread and eat fresh. But I also cook the whole Chard plant, with stalk and leaves as a soup or ingredient in a pot, or fry slowly in olive oil. What is left over, I freeze for the winter. The Vole that lived around the Chards has eaten quite a few plants by gnawing off the root just below the ground. That's what you have to live with when you grow, it's hard to get rid of the vole. It does not let itself be intimidated by the "bumper" I bought at Biltema and which will emit infrasound to chase away voles. Well, this year at least the hares did not eat the chard because I have fenced in the surface with a steel mesh fence that they can not pass.
The Carrots were good this year and I still have a lot left even though I eat 4-5 pieces every day. My favorite has been grated carrots. Then you get the juiciness from the hard Carrot and it becomes like a Carrot juice with a lot of fiber in. Grated Carrots are a good and healthy accessory to almost all dishes. They also work as toppings on bread and I usually nibble on a pinch a little now and then, just as candy or snacks. It's good as it is, so tasty fresh, fresh and juicy. I also fermenting carrots with lactic acid, they take longer to sour than softer vegetables such as. Squash. The Squash should not be soured for more than 14 days, while carrots may need 1-2 months to become soft. Pickled Carrots are not only good, it is also because the nutrition and availability of it actually increases, a very useful food product.

During the autumn, I made a bow of wood and shoot on a roll of wheat straw on the plot. It is a useful exercise for the back, shoulders and posture. It will also be a concentration exercise in precision and presence. The physique of the bow and arrow is fascinating. It is possible to hit an apple at a distance of 40 meters… Archery is not a sport, I do not compete against anyone, not even against myself. I do not count points, but constantly try to improve myself by increasing the precision and consistency of shooting. To get better, I need to understand all the variables that affect shooting. The bow, the arrow and its flight. The bowstring that is tightened to the same traction each time, the body's posture, the breathing and how I release the string so that the arrow goes away towards the target as intended. It's physics and it's body control.
I shoot to get closer to myself and to become a part of the physics of reality. It is a silent study in physics and self-control…

Sustainability is based on participation in the Ecosystems and being a part of them. Yes, of course there is only one large Ecosystem on the planet, but you can always divide it into different Biomes. There are marine, forest, field, and soil ecosystems… It depends on which lenses we put on and what limits we set. One would like, and in fact demand, that all sustainability managers at all companies and authorities themselves live as part of the ecosystems. That would change the development radically. Today, sustainability strategies are just a greenwashing method where sustainability managers are its delegates for continued exploitation and growth. It has become the greenwashing syndrome of our time. Growth has changed its name and is now called Sustainability. It says sustainability on the label, but continues to act through exploitation, devastation and growth and creates increased climate, resource and sustainability problems with the same methods as it has done for centuries… It would not have done so if you lived in ecosystems and understood its importance and were its representatives . Then you had to create and participate in a change…

The presence and participation in Ecosystems and physical reality is one of the most important prerequisites for a Sustainable development.

A Blog about Sustainability

You wil get a monthly notifictation about new posts and publications.